This event is the first in what we hope are many future collaborations. Adam and Rich have both reached international success and are examples of Indigenous achievement. We graciously welcome them this Mother’s Day.

The night will feature a 4-course meal prepared by Chef Rich Francis with the help of owner Christa Bruneau-Guenther and her staff. Each course will be paired with a local wine specially selected.

The menu is a surprise and will only be announced on the day of the event. Accommodations and substitutions will only be made for dietary restrictions, so be sure to let us know when purchasing your tickets.

Adam and Christa will act as hosts for the event and share in the dining experience. Following the dinner service, there will be time for photos and a meet and greet with our special guests. Tickets are available by stopping in at the restaurant at 587 Ellice Avenue. We can also accept payment over the phone at 204-691-5979.

Owner of Seventh Fire Indigenous Cuisine and Top Chef Canada Finalist, Chef Rich Francis is currently based in Six Nations, Ontario, outside of Toronto. He is an Indigenous food visionary committed to turning the definition of Canadian cuisine on its head.  He studied culinary arts at the acclaimed Stratford Chef's School and trained in restaurants in Toronto, New York and Niagara on the Lake.

He cooks with traditional First Nation’s ingredients but gives his dishes a modern flair you won’t see anywhere else. Chef Francis was a finalist on season 4 of Top Chef Canada. He is currently working on opening Seventh Fire Indigenous Cuisine, a restaurant located outside of Toronto.

Adam Beach was born on the Dog Creek First Nations Reserve. He spent most of his adolescence in Winnipeg, Manitoba where his love love of acting began. Adam has since appeared in over 60 films and television productions including a role as Christopher Weiss/Slipknot in this summer's upcoming blockbuster, "Suicide Squad".

Adam is committed to giving back to his community and in 2012, started the Adam Beach Film Institute. He hopes to see more Aboriginal youth find a better way in life through film. In June, Adam will be the Recognition Award Recipient at the Possibilities Gala in Winnipeg, for his work as a dedicated and influential mentor. 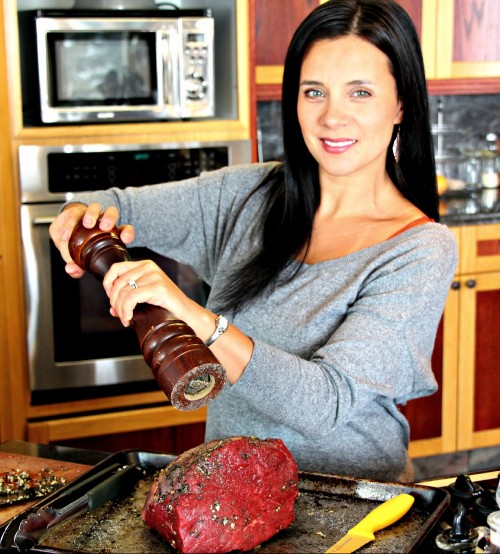 Born and raised in Winnipeg, Manitoba, and a proud member of Peguis First Nation, Christa spent over 15 years refining her cooking skills and expanding her knowledge of Indigenous foods. Her creativity and passion also stem from gardening, teaching, and of course, cooking for friends and family.

She is blessed with a wonderful, supportive husband and three great teenagers. Giving back to their communities is important to her family and remains priority. Her life's journey has taken her around the world and into various business ventures culminating into Feast Café Bistro. She hopes all her customers feel the spirit of Indigenous culture through the food, the seasons and the staff at Feast Café Bistro.